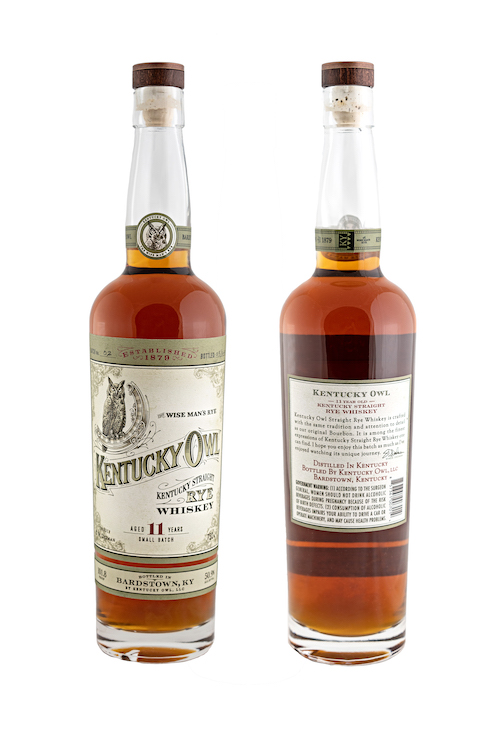 Stoli Group has announced that it will release its super premium US bourbon brand, Kentucky Owl (‘The Wise Man’s Bourbon’), into the global travel retail market this year. Listings with selected duty free operators are soon to be announced and bottles of the bourbon will be on show at several upcoming travel retail shows. These include the Viking Line Whisky Fair in February, The Summit of Americas (Orlando) in March and the TFWA Asia Pacific Exhibition & Conference in May. Stoli Group’s parent company, SPI Group, bought Kentucky Owl in January 2017 from its owner, Dixon Dedman, and he has been retained by SPI Group as Master Blender of the brand. Kentucky Owl was founded in 1879 by Dixon’s great great grandfather, C.M. Dedman. Unfortunately, Prohibition in the US led to the bourbon’s mysterious disappearance more than 100 years ago (see back story at the end of this release). Dixon began working on the brand’s second iteration in 2008 and released his first batch in September 2014. Every batch of Kentucky Owl is one-of-a-kind with a blend of high-quality, different aged bourbons, that Dixon made his own. His process involves re-charring, re-barrelling, tasting and experimenting with the various bourbons until he has discovered the next Kentucky Owl release. Stoli Group is the exclusive distributor, marketer and seller of the bourbons and now rye whiskies, of which Dixon has produced two. Stoli released the first batch of Kentucky Owl produced under SPI Group’s ownership – 11 year old Rye Whiskey – in September 2017. It had an 55.3% ABV and sold into 27 markets with an SRP of US$130. A number of other batches followed during 2018. The first release of Kentucky Owl attracted a top rating of 95 points by Whiskey Advocate, the respected US whiskey industry magazine. The publication’s journalist Fred Minnick, who is also San Francisco World Spirits Competition judge, said: “Just beautiful, long rounded notes of caramel, cinnamon roll, butterscotch, brisket burnt ends, nutmeg… if it sounds complex, it’s because it is and the finish just doesn't quit, giving you a lingering taste of every note.” Commenting on the Kentucky Owl’s entry into GTR, Stoli Group Global DF/TR Director Jean-Philippe Aucher said: “Kentucky Owl is without doubt one of our most exciting releases into global travel retail. It is produced in relatively small batches, using Dixon Dedman’s ground-breaking methods, and therefore we will be carefully selecting operators who understand and prioritise craft bourbons and ryes.” He added: “Kentucky Owl will have a highly visible presence at upcoming travel retail industry shows, and we look forward to entering discussions with duty free operators who fit this bill.” The American Bourbon & Whiskey category currently represents US$3 billion in annual sales and had a +6% CAGR from 2010-2016. The strongest growth within the category is in super premium small batch bourbon – the sub-category which includes Kentucky Owl – and has +20% CAGR over the same period. The Kentucky Owl back story Dixon Dedman is the great great grandson of C.M. Dedman, who founded the Kentucky Owl Distillery in 1979. The distillery flourished over 37 years, until Prohibition put an end to the business. In 1916, as Prohibition loomed, 250,000 gallons of Kentucky Owl Bourbon was confiscated by the US Government and shipped up the river by barge to the state capital in Frankfort for “safekeeping” in a warehouse. One dark night, so the story goes, that warehouse full of Kentucky Owl mysteriously burned to the ground. The mysterious part is that the warehouse burned down in just a few hours when a warehouse full of whiskey should have burned for days. It is rumoured that Kentucky Owl did not burn at all, but was spirited away by Al Capone or other interests to fuel demand for good bourbon in late night speakeasies. The value of the bourbon lost today would today be valued at around US$40 million.