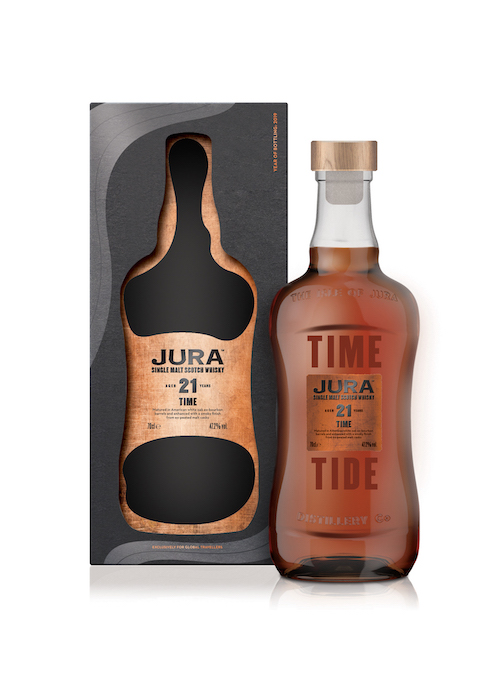 Whyte & Mackay’s award-winning Jura Single Malt Whisky has invited consumers to ‘Say Hello to Jura’, with two disruptive activations in Hong Kong and Taiwan International Airports. Throughout the months of May and June, travellers passing through the hubs experienced a glimpse of island life, with interactive displays, product sampling and point of purchase display credited with driving notable increases in sales volume and value for the brand. Created in partnership with retailers Duty Zero by CDFL at Hong Kong International Airport (HKIA) and Tasa Meng Duty at Taiwan Taoyuan Airport (TPE), the experiences were designed to capture the imagination of travellers, transporting them to the tiny island home of Jura’s Distillery, a remote location off the West Coast of Scotland, with only one road, one pub, one distillery and about 2102 people. When designing the activation Jura put interesting, memorable and shareable experiences at the front of its thinking. Pierre Dubus, Whyte & Mackay Marketing Manager for Travel Retail APAC commented on the approach saying: “Creating a greater connection with travelling consumers is key to our business strategy, and in particular, on Jura – a brand with a rich story to tell, a welcoming community and a unique range of whiskies, experiential activations offers the perfect platform to spend time with our consumers. He added: “Jura’s story lends itself to the travel retail environment, where people are already in a travel mind-set, with time to spare. We can spend time sharing our story before they take flight, engaging with them through interactive experiences as they travel virtually to our tiny island home that’s truly a long way from ordinary.” At HKIA Jura products are displayed alongside an eye-catching full-sized traditional boat, complete with fishing nets and lobster traps designed to encourage traveller ‘selfies’, with real-time Polaroid printing and tastings from in-house brand ambassadors. There is also a special on-pack QR code which takes consumers virtually to the tiny island of Jura, to learn more about the distillery and the whiskies, simply by can use to learn more about the brand and its whiskies by simply scanning a code on their mobile. Scott Hamilton, Business Director Asia (Spirits, Wine & Beer) at Lagardère Travel Retail said: ““We have been very pleased by the cooperation with Whyte and & Mackay on this Jura Pop Up activation. They’ve not only ticked the box in education but they’ve ticked the boxalso in interaction so the shopper has something that’s interesting and engaging. Execution has been fantastic and most importantly generated significant incremental business for Duty Zero. A great win-win partnership.” Meanwhile at TPE, Taiwan’s largest and busiest airport, the lead feature drawing in customers for selfies is a quad bike, a popular mode of transport on the island. This visually-disruptive installation has been successful in catching passenger attention and driving footfall to the store. Alongside the activations consumers can sample the full Sherry Cask Collection, as well as the newly launched Jura 21 Years Old Time, the Jura 28 Years Old and Jura Rare Vintage 1989, the latter of which was launched as a Duty Zero worldwide exclusive earlier this year. Providing even more value and on-shelf appeal, the brand has created beautiful gifts with purchase (GWP) in the form of a branded travel bag and a branded whisky flask, now available at both airports. Collectively the executions have seen success for the single malt whisky brand, with both airports hosting in excessive of 12,000 passenger tastings during the two-month activation. Basket sales have also grown incrementally as a result of the activation at HKIA which saw sales +60% higher than projection and TPE increasing basket sales to US$90 during May. Jura will roll out its in-store activation concept to wider travel retail locations later this year, inviting travellers from London, Edinburgh, Frankfurt, Hamburg, Paris and Dubai airports to ‘Say Hello to Jura’ before taking to the skies. Micheline Wong Whyte & Mackay Commercial Director Asia Travel Retail assessed the impact of the activations so far: “The Jura pop-ups have been really successful in both Hong Kong and Taiwan and have achieved the perfect 360 degree collaboration from brand range redesign, activation concept and operator execution. It has really brought us together as a great team with our operator partners.”