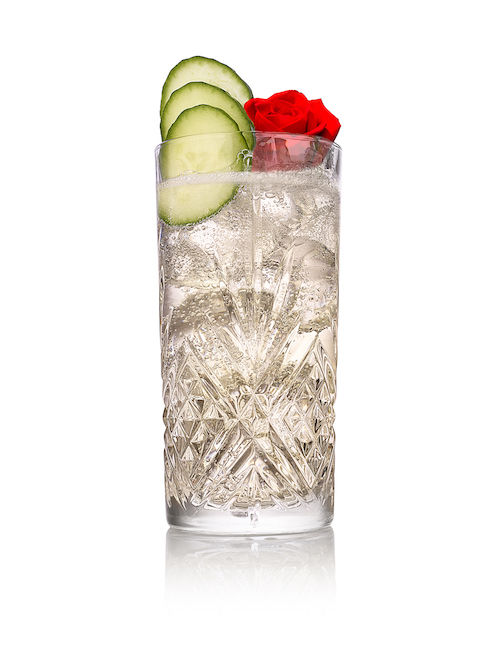 Hendrick’s and Love: A Rose Story

Tis February and the season of love….and that can only mean one thing – it’s time for Hendrick’s to inspire travellers worldwide to discover their romantic spirit. The Hendrick’s LOVE Campaign (so called to allow activations outside Valentine’s Day) takes place throughout February and, in some cases into March, via key airports in the UK and Europe, along with selected locations in the Middle East and Asia. Using the key art visual headline: ‘Sublimely SIMPLE, yet curiously COMPLICATED- a gift much like LOVE’, the campaign celebrates Hendrick’s and its odd infusion of rose and cucumber in a series of high profile activations and sampling. High visibility branded bars and merchandising units at airports, including London Gatwick, London City, Edinburgh, Glasgow, Dublin, Nice, Copenhagen, Amsterdam Schiphol, Dubai, Kolkata and Changi, are enticing and engaging with travellers using POS items including a heart glorifier, giant sharing teacup and love-themed carry boxes as GWP’s. Roses, rose petals and cucumbers dress the displays and perfectly link Hendrick’s to the love theme. In addition, sampling at airports such as London Heathrow, Madrid, Barcelona and Stansted is helping to carry the Hendrick’s message to more travellers than ever this year. Key to the campaign is the exclusively developed airport serve: A Rose Story which combines Hendrick’s gin with Rose & Elderflower syrup and tonic, garnished with rose petals and – naturally – a cucumber slice, offered to consumers alongside the more traditional Hendrick’s & Tonic. “Last year’s the Hendrick’s - Valentine’s day campaign was exceedingly successful with excellent uptake from consumers, so in 2019 we’re raising the bar by increasing the number of top priority airports taking part,” says William Grant & Sons GTR managing director Ed Cottrell. “Early indications are that this year’s activity is proving just as popular. In the first week of the programme at London Gatwick South, for example, we’ve seen a 40% increase in sales uptake of Hendrick’s which is excellent news. “Yet again the various retail partners that we’re working with on this campaign have been incredibly supportive, enabling us to achieve critical high visibility space and branding that will attract, engage and resonate with travellers over the next few weeks.” The Love themed promotion comes ahead of the annual World Cucumber Day on June 14th, which sees Hendrick’s Gin hero the remarkable fruit by inspiring people the world over to cultivate and grow their personal cucumber. Watch this space for more details of how World Cucumber Day will be celebrated in Global Travel Retail. A Rose Story 40ml Hendrick’s Gin 15ml Rose & Elderflower Syrup Top with Tonic Garnish with rose petal and cucumber slice.