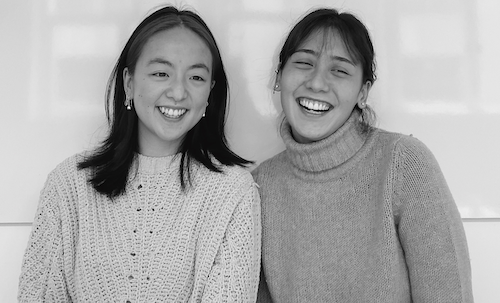 CircleSquare, the expert in retail marketing, brand experiences and consumer engagement, has welcomed its first UAL (University of the Arts London) graduates to its Hong Kong office as part of its Graduates Creative Talent Program. CircleSquare will be putting in place stronger recruitment links with UAL in the New Year. Chloe Tabarie (right on image) and Adrienne Lin have joined the Hong Kong creative team, working alongside the senior creatives across digital, content and experiential design. The action by CircleSquare speaks to the intensifying shift in corporate Creative and Marketing spend towards China, and the emergence of Chinese brands arming themselves with international standard campaigns to export their brands overseas. CircleSquare Hong Kong General Manager Jason Scott-Lewis also points to the emergence of dual-campaign aesthetics - similar strategies but different executions - for Chinese and non-Chinese consumers. “Despite the many predictions of its demise, Hong Kong’s traditional role as a bridgehead for China remains more relevant today than ever,” he says, “CircleSquare, with its Hong Kong office, is privileged to be part of the story of a new Hong Kong, where world-class digital marketing adapts to the challenges posed by China’s seemingly unstoppable growth.” In related news, CircleSquare has appointed Wami Cheng to Client Services Director Greater China, overseeing all client relationships across CircleSquare’s five offices in China.